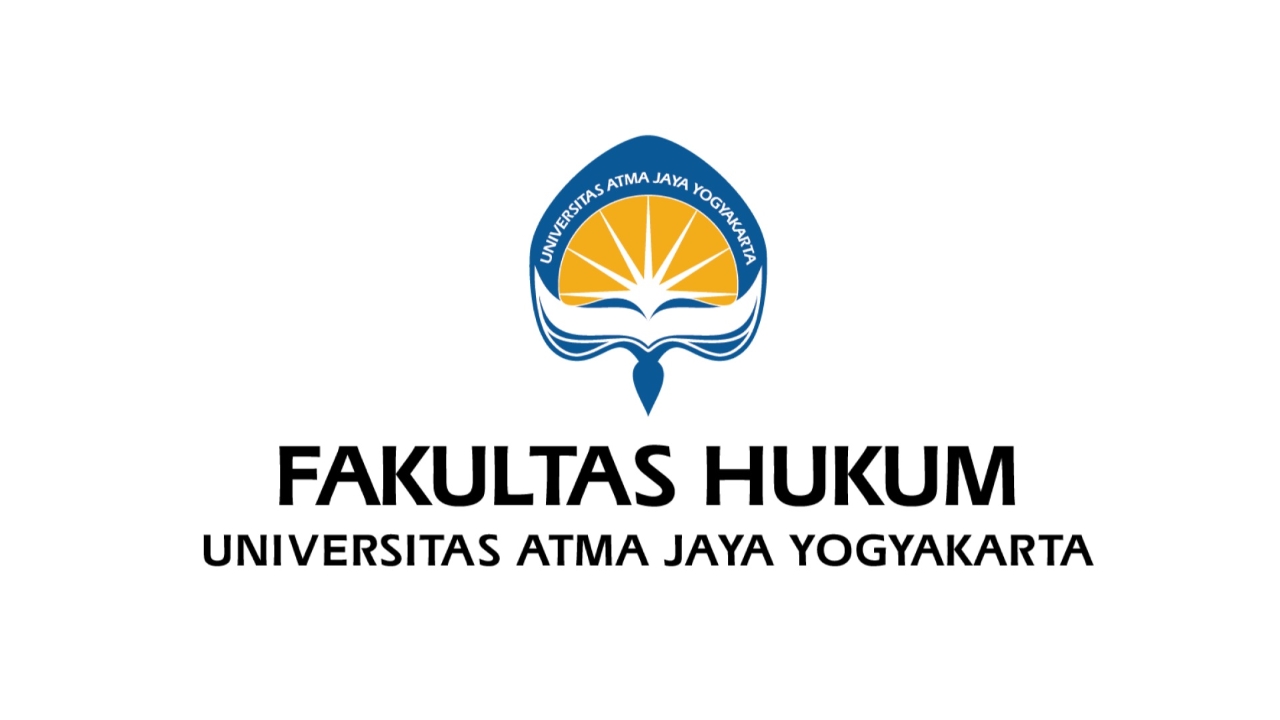 The issue of human rights is one of the grave issues in this era since it is part of our daily lives. It is not supposed to be limited to minorities and gender-based differences. However, the chance of obtaining these rights seems to have gone down because of the persecution and injustice that is structured in the form of policies and social stereotypes.

Today, Afghan women also have to face the same problem. Since the Taliban overthrew the Afghan government in mid-August this year, women in Afghanistan expressed their fear of Taliban fighters. The changes caught in public spaces such as the decreasing number of women going out of their house or just strolling around the city. Others are ordered to stay at home and female students at college lectures are divided with the males by a curtain. Eventually, the Taliban had an enormous effect on Afghan daily life, especially on Afghan women.

The Taliban is an organization established in 1994 by Mujahideen to compel a strict understanding of Islamic Law in the state. Particularly on women, burqas are mandatory to wear by covering their entire body and the face. Girls were not allowed to study after ten years old and could not leave their homes without any relative (man) accompanying them. Moreover, The Taliban frequently conduct public executions, such as chopping off thieves’ hands. As a result, the Taliban has been frequently criticized for violations of human rights by countries across the world.

The Taliban-America armed conflict in Afghanistan is nothing new. It all started when Four U.S. commercial flights got hijacked on the 11th of September 2001 by a force commanded by Osama bin Laden from Afghanistan. The planes then collided with the Pentagon, the World Trade Center towers, and another landed on a Pennsylvania field. This accident caused the deaths of civilians and millions of estimated damages. Thus, in October 2001, Allied soldiers led by the United States stormed Afghanistan and as a consequence, The Taliban were defeated in the first week of December 2001.

After the Taliban left the capital of Afghanistan in early December 2001, Hamid Karzai was appointed temporary head of the Afghan government, and NATO began to mobilize ISAF. On the 9th of October 2004, the Taliban crossed the border again and revolted. The mutiny continues throughout the year. Fast further to 2011, Osama bin Laden was killed in a U.S. Special Forces operation in Pakistan. The incident seems unaffecting to the Taliban, and it only fuels them to be more powerful. Eventually, in mid-2018, representatives from Washington and the Taliban were quietly opening talks in Doha, Qatar, demanding that the U.S reduce its troops in Afghanistan in return that the Taliban will not protect Al-Qaeda in Afghanistan. Both sides continued to negotiate. However, on the 7th of September 2019, U.S. President Donald Trump canceled the conversation after news broke that the U.S. military soldier had been killed in a Kabul suicide attack.

Eventually, in early 2020, the U.S. and the Taliban signed a peace agreement in Doha, which states that “The entire U.S. army is expected to leave Afghanistan at the earliest in May 2021, if the Taliban arrange further conversations with the Afghan government for their future”. The dire situation started after Afghanistan President Ashraf Ghani fled from Kabul Airport to Tajikistan. The reason for the president suddenly leaving the state is unknown. The president’s office only stated that they could not confide the president’s movement because of security reasons. Later, it was known that Ghani’s reason for leaving Afghanistan was to ‘prevent bloodshed’. He also denied Russia’s accusations about him taking a large sum of money after he fled from the state.

After the President retreated from Afghanistan, the Taliban began taking control of cities in Afghanistan and several hours later regained control of the Afghan central government. The Taliban continue to target Afghan armies and civilians and expand their territory. But, unlike previously, the Taliban now promise that they will no longer allow Afghanistan as a base for any group that threatens western nations, promising “peaceful power over and that the property and safety of all Afghans will not be disturbed”. Not only that, in Mujahid’s first press conference, he confirmed that “women will receive their rights in both jobs and other activities.” According to him, women are also a significant part of society. So, they will provide a guarantee of women’s rights but within the limits set in Islam, where the Taliban will allow them to work and learn within sharia law.

The things presented by the Taliban regarding women’s rights turned out to be suspicion and distrust by Afghan women. Many thought that this was just an excuse by the Taliban to take over Afghanistan completely. This issue caught the attention of Pakistan activist Malala Yousafzai, a Nobel peace prize laureate at 17. She responded the issue by stating that she was very concerned about the Afghan women rights that constantly got threatened by Taliban rule. In any way, women in Afghanistan are pessimistic given the Taliban’s history of suppressing women’s rights. Many of girls got so desperate that they will never see the classroom and hold the books. In addition to reports that many women have been turned down from universities and offices. Afghan women need protection, education, freedom, a promised future and there’s no more time to let them down.

Responding to the Afghan women anxiety, the Taliban said that the girls still can get their chances to attend school, and that they are still working on a secure transportation system for girls in grades six to twelve. Mujahid also said that girls who are in university still can pursue their education. Universities and schools in the capital city of Kabul started to open after being closed for more than a month. New rules are being implemented in schools and universities, such as gender-based class segregation and the demanded the girls to wear the hijab following the Taliban’s interpretation of Islamic law. Even though schools and institutions have opened, secondary school girls are still barred from attending and must wait for further information.

The current position of Afghan women is concerning given the realization that there was still injustice to women’s rights. Even though education for women has been carried out in the state, schools that have begun to open and transportation for school has progressed, but adult women still struggle to build up their careers because they haven’t got their rights to work. The new Taliban government imposed that other than women who work in government, female employees should be kept indoors so that all the work was done by men. This is in contravention of Article 11 (a) of CEDAW (Convention on the Elimination of All Forms of Discrimination against Women) states that a state party should take appropriate measures to eliminate discrimination against women in the field of employment to ensure, on a basis of equality of men and women, the right to work as an inalienable right of all human beings. As a party state to the CEDAW 1979 Convention, Afghanistan has the obligation to carry out this provision and ensure adult women in the state get their equal chances to work.

The Taliban leaders have stated that women’s rights will be respected. However, the new caretaker government of Afghanistan consists of only male personnels. So far, there are no women in the new cabinet. Taliban also indicate that there will not be any women that hold senior government positions, as none have been announced so far. It is in contravention of Article 2 of the Universal Declaration of Human Rights, which declares that all humans have the same rights regardless of sex, and Article 21 (1) which declares that everyone has the right to take part in the government of his country, directly or through freely chosen representatives. It is also in contravention of Article 8 of CEDAW 1979 states that a state party shall take all measures to ensure women the opportunity to represent their Governments at the international level. Afghanistan has the obligation to eliminate discrimination against women and strive to create equality by allowing women to work at the government cabinet of Afghanistan.

According to CNN, Human Rights Activist and CEO of Afghan’s women network Mahbouba Seraj stated that the Taliban must give Afghan women a chance to live their life, also the women need to keep their rights and be recognized according to Islam. However, the situation had only become worse since the Taliban had also closed the women’s affairs ministry and replaced it with the Ministry for Promotion of Virtue and Prevention of Vice, which was commissioned to enforce Islamic law. As a state party of CEDAW, Afghanistan contravenes Article 7 (b) of this convention, states that a state party shall take all appropriate measures to ensure the right to participate in the formulation of government policy and the implementation thereof and to hold public office and perform all public functions at all levels of government. For this reason, about two dozen Afghan women began to protest against the government imposed by the Taliban. The protesters carried signs and demonstrated in front of the Ministry for Promotion of Virtue by expressing their opinions stating that the Taliban are taking their rights. They demand that The Ministry of Women’s Affairs should be reactivated. They also state that if there is a society where women are not actively taking part, it is a dead society.

The Taliban had previously promised to respect women’s rights so as not to repeat things that occurred in 1996-2001. They claim that asking most women to stay at home is only for temporary and security reasons, but this only becomes a suspicion if the previous repression would return. Many women feel that this order will affect Afghan women’s rights in the future. As protests emerge, Taliban militants forcibly evict working women and assault women who are defending their rights. The Taliban reportedly fired gunshots into the air to disperse demonstrations in Kabul street. It is in contravention of Article 19 of ICCPR (International Covenant on Civil and Political Rights), which states that everyone shall have the right to hold opinions without interference. With many protesters being chased off by violence, it only worsened the reputation of the Taliban and had also increased the doubt that women of Afghanistan can get equal rights in their own country.

Conclusively, Afghanistan as a state should pay attention to human rights issues, especially women’s rights, because they are vulnerable to violations. As a state party of CEDAW and ICCPR, Afghanistan has the obligation to obey the conventions and their provisions. Policies or anything related to the state and human rights should be considered by Afghanistan and the Taliban if there are indications of violations. The Taliban must prove that they are no longer preventing Afghan women from working, they can enroll in school and have access to education, and ensure their political rights as described in the Universal Declaration of Human Rights, CEDAW, and ICCPR subsequently.